You are here: Home > Education 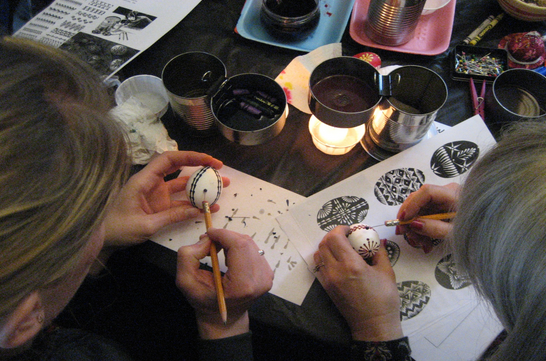 Traditional  crafts are an integral part of the Czech and Slovak culture. People have been creating beautiful art  objects to decorate their homes during the entire year, but especially during holidays. Although folk arts and crafts have been handed down from generation to generation, the popularity of craft making among young people of today has decreased in favor of video games, lack of time and a desire to prepare for mainstream jobs.

As the number of professional folk artists and traditional art and craft instructors  in the Czech republic, Slovakia and the United States has sharply declined in the past ten years, cultural crafts became truly endangered. Therefore we have developed our classes, workshops and lectures to revive the interest in cultural crafts and hope to teach others how to preserve them for generations to come.